What are Missouri City TX bail bonds? And how would you know if you are in need of bail bonds company services?

First off, a bail bondsman is there to help you get out of jail. So, if you are not in jail, you probably will not be needing a bail bondsman. However, if you or someone you know is, then you may want a bail bondsman to help get you or your loved one released from jail.

There are many types of bail bonds. Some are complex, and some are simple. Cash bonds are probably the most common and are pretty simple. A cash bail bond is a bond where the defendant or someone they know pays for the bail bond out of pocket.

Another simple bond is a PR bond. PR bonds or also known as Personal Recognizes are a bond where the defendant gives a written notice that promises they will comply with the conditions of the bond. These bail bonds do not require payment. Instead, the written notice is enough, and the court believes the defendant will return to complete their trial.

Determining which bail bond you need is an important step in getting a bail bond agent. When you either need help paying the bail bond or understanding the bonding process, Missouri City TX bail bonds services are a great way to go. 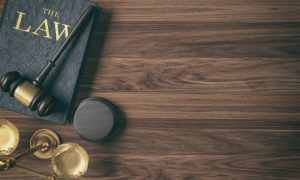 Courts consider a variety of factors when determining the cost of a bail bond. The biggest determining factor is how much of a flight risk the defendant is.

Bail bonds are not meant to punish a defendant but instead ensure that they will return to finish their court case. Also that they will be compliant with the conditions of the bail bond, some of these conditions can include abstaining from drugs or alcohol, continuing employment, or finding employment. They can even include a no-contact order if there were any victims involved in the crime.

The court will have reason to believe the defendant is not a flight risk if the defendant has strong connections to the community. This can be owning a business, going to college, or even having family or dependants in the area. These things show the court that the defendant is less likely to flee the city or state.

Another way the court determines whether or not someone has the likelihood of fleeing is the severity of the crime and their criminal history. Those with a chance of receiving maximum punishment or the death penalty will have a higher chance of fleeing. The courts also have to take into consideration how dangerous the defendant is to the public. If the defendant could pose a threat when released back onto the streets, then bail could be denied altogether.

If the defendant does not have a criminal history, they are more likely to be considered for a PR bail bond or a lower bail bond amount.

The biggest benefit of bail bonds and having a bail bond agent is getting out of jail fast. The longer a defendant spends in jail, the more their time is wasted.

Being home is less stressful for the defendant than it would be to stay in jail. It will help them clear their mind and know the next steps they need to take in the trial process.

Missouri City TX bail bonds services are a reliable way to getting out of jail and getting back home. Since you or your friend or family member would be back home, you would be less stressed, and so would your entire family. Any bail money that is put up will be given back at the end of the case, whether or not the defendant is innocent.

Bail is one of the quickest ways out of jail. So if you know someone who is in trouble, then looking for a reliable bail bondsman is a key component of getting your friend out fast.

Another way if allowed by your state is to put up collateral for the bail bond. However, the collateral has to equal more than double the full amount of the bail bond. The best example of this is a house. If a house is put up as collateral, and the defendant does not follow all the conditions of the bail bond or misses their court dates, then the house will be foreclosed.

The final way to post bail is to hire a bail bondsman. A bail bondsman will require a fee, typically 10% of the full bail bond amount. After that is paid upfront, they could ask for collateral, which usually needs to equal the amount of the bail. So less than putting up collateral to the court. Bail bondsmen realize that the defendant is coming to them because they do not have the money to get out of jail. They want to help, but they also want to ensure that they are not going to lose money, helping the defendant. Contact us for Missouri City Texas 24 Hour Bail Bonds.

ASAP Bail Bonds is a bail bond company you can trust to get you out of sticky situations. We serve the Fort Bend County, Brazoria County, and Harris County areas. With our 24-hour phone service, we can give you all the details you need about bail bonds. Give us a call today at (281) 232-7277. Or check out our other locations and services. We’ll be your Missouri City TX Bail Bonds provider.