You may have heard the phrase citizen’s arrest before. This is a term and task that you may or may not have seen taken place before. But one day the knowledge might come in handy.

What is a citizen’s arrest? We are glad that you asked. A citizen’s arrest is when someone acts for a criminal to sit and wait until the police arrive to take over. This is an event that doesn’t always happen but isn’t rare. And there are a couple of things to keep in mind before making a citizen’s arrest of your own.

If you ever feel the need to make a citizen’s arrest, you want to make sure that you’re doing so lawfully. This is extremely important, and you always want to take into consideration the reason for the arrest. Citizen’s arrests should only be made if you catch someone in the act of committing a crime or if you catch someone after they have committed a crime. In either of these cases, you don’t necessarily want to take matters into your own hands. 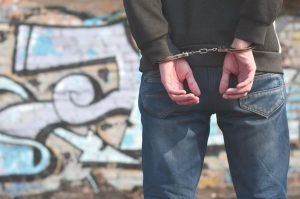 Get more knowledge about making a citizen’s arrest.

Now before making the arrest, you want also consider a couple more things:

All of these are questions that you want to ask yourself before a citizen’s arrest. If these are answered and you’re not in harm’s way, then you can continue with the process.

How To Make A Citizen’s Arrest

Now that you have answered all those questions, it’s time to correctly make your citizen’s arrest. During the process of a citizen’s arrest, you want to make sure you follow these steps to the letter. This makes the entire process smooth.

First, plainly and directly tell the suspected personal that you are placing them under a citizen’s arrest. This should only be done in words and not by using any force. If you need to apprehend them, use as little force as possible and always state what you’re doing as you’re doing it. This is for your safety, those around you, and the safety of the other person.

Secondly, you call the police. It is important to remember that you are not the law and the only reason you’re placing them under a citizen’s arrest is because you want the police to get involved. So, grab your phone and call 9-1-1 as soon as you can. Let them know where you are and what the situation is.

You also want to ask for the person’s cooperation during this time. Remember that you want this to go as smoothly as possible. In addition to this, do not take it upon yourself to search through their possessions. This is something for the police to take care of. And you don’t have to worry about being in trouble touching what may be evidence.

Lastly, when the police arrive, it is vital that you let them know what led up to the arrest. What did you see, and why did you feel the need to call them. Sharing the details and facts of the event is important for the police investigation. After that, you want to leave everything to them and let them take it from there. It’s that simple.

If you know someone who was arrested by a citizens arrest and you need to bail them out of jail, call on ASAP Bail Bonds. We are a certified bail bond company and we have three nearby locations for you to visit.  If you have any questions, visit or call our bail bond agents today.