If you are in need of a bail bond but are unable to pay the full amount upfront, many companies offer Tomball, TX payment plan bail bonds. One advantage of using a bail bond company that offers payment plans is that it can help to ease the financial burden during a difficult time. Having to come up with a large sum of money all at once can be daunting, especially when you are already dealing with the stress of an arrest, so spreading out the payments can make things more manageable.

For bail bonds that work with your budget, come to ASAP Bail Bonds.

One of the best bail bond agencies in the Greater Houston Area is ASAP Bail Bonds. We have a long track record of success in helping our clients secure the release of their loved ones from jail. Our team of bail bond agents are experienced and knowledgeable, and they are always prepared to walk you through the entire process. Plus, we have flexible payment options.

ASAP Bail Bonds understand that everyone makes mistakes. That shouldn’t mean that you should suffer in the desolation of jail for them. We believe that everyone deserves a second chance.

Contact our Harris County office today to get started on your bail bond process. Call us today or fill out our online form to get a free quote on our bail bond services. We are eager to help you out and get you or your loved one out of jail, so talk to one of our agents as soon as possible.

If someone is arrested and taken to jail, they will have to go before a judge to determine the bail amount. The bail is the amount of money that the arrested person must pay in order to be released from jail until their court date.

If the bail is paid, then the arrestee will be released from jail. They will then get their bail money refunded to them once they show up to their trial. If they do not show up for their trial, then the courts will keep the money and might order a warrant for your arrest.

If the arrested person does not have the money to pay the cash bail, they can contact a bail bond company to get a bail bond. A bail bond is a type of surety bond that is posted by a bail bond agent on behalf of the defendant (the person who was arrested). This will allow you to skip out on posting bail yourself. 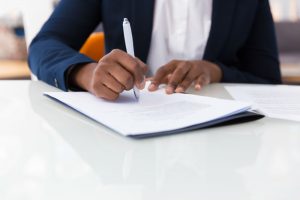 Our Tomball, TX payment plan bail bonds might be right for you.

The bail bond company will post the bail for the arrested person and charge a non-refundable fee, typically 10% of the bail amount. Even if you show up to your court date, you will not get this money back, meaning that ultimately you will be paying more than if you paid bail yourself. However, it might be worth it if you are unable to afford bail and your trial is months in the future.

The bail bond process can be confusing and complex to newcomers. Thankfully, ASAP Bail Bonds is here to answer any questions. Our bail bond agents have years of experience navigating the complex maze of Harris County beauracracy and are well-equipped to take action to help you or your loved one escape from jail.

How Can I Get a Bail Bond?

Dealing with an arrest is never easy, whether you are the one getting arrested or the one who has to bail your loved one out of jail. It is normal to be stressed about the bail bond process.

In order to alleviate some of the anxieties you might have about getting a bail bond, here is a rundown of what you can typically expect when you come to ASAP Bail Bonds for help on a Tomball, TX payment plan bail bonds. 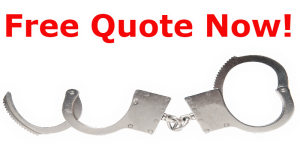 If you are looking for a bail bond company that is professional, reliable and has a proven track record, then ASAP Bail Bonds is the best choice. We have years of experience in the industry and have helped countless people get out of jail. We are intimately familiar with the ins and outs of the bail bond process and can help you get through it as quickly and smoothly as possible. So, contact our Harris County office to get started on Tomball, TX payment plan bail bonds today.