In Spring, TX, 24 7 bail bonds are available by ASAP Bail Bonds! Getting arrested and charged with a crime does not mean you have to sit in a jail cell until your trial. ASAP Bail Bonds can assist you if you are accused of a crime or a misdemeanor. ASAP Bail Bonds is dedicated to offering you the best-priced bonds for your situation. Our mission is to give everyone a chance at avoiding jail time by providing services at the most affordable rates in Texas. ASAP Bail Bonds serves the Fort Bend, Harris County, and Brazoria County area of Houston.

What Are Bail Bonds?

ASAP Bail Bonds offers all kinds of bail bonds to help you cover the payment for the proper procedures. If nobody posts bail for you, you could be looking at a waiting period from 30 days to 6 months. Whether you need cash, surety, personal, transfer, or federal bonds, ASAP Bail Bonds can be counted on to get you out of jail quickly. Call or email us at any of our locations in Harris, Fort Bend, and Brazoria. Contact ASAP Bail Bonds for your Spring, TX, 24 7 bail bonds today!

The most common method to pay a bail bond is still cash! A cash bond is a bond that can be set at an amount that exceeds the amount you have available at one time. For example, whenever someone gets arrested, they are taken into custody off guard.

If no one posts bail for you, you’ll spend however many months until your court date in jail, and your date could be anywhere from 30 days to 6 months. Even if you end up innocent, nothing can be done about the time you lose sitting in a cell. ASAP Bail Bonds will be there shortly to post your bail and get you time to prepare for your court date. Without the proper funding for the bond, your only other option is to hire a bail bond company that posts bail for you.

If you get arrested and receive a cash bail, call ASAP Bail Bonds. We’ll be there shortly to post your bail and get you time to prepare for your court date.

Work with a bail bond agents who will get you out of jail fast and easy by calling ASAP Bail Bonds.

We at ASAP Bail Bonds offer surety bond services for any client.

A surety bond is meant to ensure an obligation is fulfilled or compensated if not met. When you require a bail paid by a third party, the process involves the surety, the obligee, and the principal. The principal obtains the bond, ensuring that the principal performs a particular action or obligation to the obligee.

You may be granted a personal bail bond instead of a traditional one if you pose a minimal flight risk. Factors that go into courts issuing personal bail bonds are the severity of the crime, prior arrest history, and social and community impact.

ASAP Bail Bonds get you out of jail quicker than you can imagine! Call us today!

If you’re out of state and/or need a friend or family member to bail you out, the bail bond process may become increasingly complicated. ASAP Bail Bonds offers transfer bail bonds from Houston, TX, with our 24/7 call service.

A transfer bail bond is a bond that comes from your home state, equal to that of a cash or surety bond. We can obtain the transfer bond from here in Houston, effectively releasing you from detainment. That said, transfer bonds are a much longer process that requires more time than in-state bail bonds. The fees for transfer bonds may be more extensive, but the results are still positive; we can still get you out swiftly. 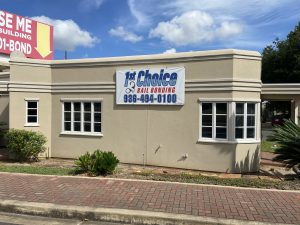 We work hard to get you out of jail quickly! Call us at any of our locations!

A federal judge can set the bail when you go to a federal jail. The bail for federal cases is typically set at a much higher price than standard bail bonds.

Whatever your situation, if you can’t pay your bond entirely then calling a bond service agency company such as ASAP Bail Bonds is your only option to avoid jail time. ASAP Bail Bonds is available to help you get the bonds you need and get you out of jail as quickly as possible. Call us today to get your Spring, TX 24 7 bail bonds!