There are various types of bail bonds; however, a Sugar Land TX cash bail is one of the more common ones. Essentially, the Court may detain you or a family member for an alleged crime. They’ll keep you behind bars until your trial unless you have the money to pay the bail the judge sets for you. This amount will vary depending on a few factors: the severity of the alleged crime, previous records, any past failures to appear, and any obligations or family in the area. 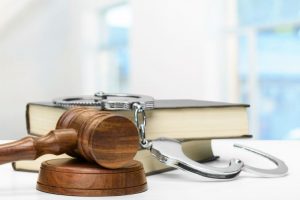 Sometimes, the judge will state that the court will only accept cash bails. Other times, it may be an option if you choose to take it. In some situations, you and your family may not be able to post the bail amount. If that happens, you can find a reliable bail bond company with affordable bail bond services.

For the Fort Bend County, TX area, ASAP Bail Bonds is here to help you. A professional bail bondsman can help you post bail or explain the county bail bond process understandably. Call us at (281) 232 – 7277 today if you need the expertise of one of our bail bond agents.

What is a Sugar Land TX Cash Bail?

By definition, cash bail is a money deposit that the Court requires before they’ll temporarily release a defendant. They use it as a way to ensure that you’ll show up for your court dates even after leaving the district or county jail. Supposedly, you’re less likely to flee the area if you put forth a portion of your fortune.

That’s because if you do show up to the court hearings, it’s more likely that they’ll issue a refund if you apply for one afterward. If they do issue a refund, the amount can be partial or the full amount. So, why is there the possibility of only getting a partial refund? According to the Western Court District of Texas, they may use your original cash bail to pay off any debts while you were under their care, such as assessments or fines.

Now, one of the more important questions: how do you pay bail? Either you, a close family member, friend, or third party, like a bail bond agent, can post bail for the defendant at the Court or county jail. The Court will take cash and usually debit or credit cards, and they won’t accept any other payment method. Once you pay the full amount, you’ll receive a receipt, which you should make sure has the name of whoever the refund will go back to, if any.

After your court hearings are over, you can apply for a bail refund. As mentioned before, depending on whether you did appear, the Court may or may not issue a refund to whoever’s name is on the bail receipt.

How the Judges Decide on a Sugar Land Cash Bail Amount

We provide the fastest Bail Bonds to get your loved one home today.

The judge will decide on your bail bond amount. As mentioned before, they’ll take a few factors into account: the alleged crime’s severity, past attendance records, past criminal records, and any obligations or family in the area. Depending on your circumstances, the judge may lower or raise the Sugar Land TX cash bail to make sure you attend the hearings after you post bail.

Generally, most crimes have a base bail amount. After that, the exact amount is up to the judge’s discretion of your circumstances. More severe crimes have higher bails, while pettier crimes start lower.

They’ll also take a look at your records. If you have a criminal record, they may make the amount higher or remove the bail option altogether. The same is true if you have a history of not attending your previous court hearings.

Since the bail is dependent on the likelihood of you fleeing, they also look into your background. If you have obligations like school or work, you’re less likely to leave the county or city any time soon. Or, if you grew up in the area your whole life and all your family is here, you’re also less likely to get up and flee after leaving jail.

How ASAP Bail Bonds Can Help

So, what happens when you can’t afford the bail the judge sets? The situation can go one of two ways: you stay behind bars, or a third party pays for you.

The jail will detain you if you can’t pay until your appointed court date. Depending on what’s going on in the Court, that may be weeks, months, or even years. Even if they pronounce you innocent of the crime, you’re not getting the time you spend behind prison bars back.

Otherwise, you can call for a professional bail bondsman to help you get out of jail fast. A bail bondsman and the bail bond company behind them will pay your bail for you. However, they’ll either take a cut of the bail amount, usually 10% to 15%, or hold collateral. In that situation, if you miss the court hearing, the bond company will use the collateral to recoup the amount.

We are a premier bail bonds company in the Greater Area of Houston.

There are various bail bonds. One of the most common types is a cash bail bond. Sometimes, the Court may set the amount higher than you or your family can afford. If that happens, you can rely on a reputable bail bond company, like ASAP Bail Bonds.

We have some of the most affordable bail bonds in the Greater Houston area, with locations in Fort Bend County, Harris County, and Brazoria County. Whether you have questions about the Texas bail system or need help posting bail, our bondsmen can assist you. Call us today to learn what you need to know about our services.

Unless you committed a felony, you have the right to post bail and get out of jail. If you can’t pay the Sugar Land TX cash bail amount, you can rely on ASAP Bail Bonds to help you.