Bail bonds are a vital part of the criminal justice system, but what exactly are speedy bail bonds League City, TX? Bail bonds allow defendants to be released from jail while they await their day in court. But what does this truly mean? How do they work? And how can you get one?

Bail bonds are usually used when someone is charged with a crime. The person can ask the bail bond company to post a security for their release.

You may be thinking that all bail bond companies are the same, but this is far from the truth! There are a number of different bail bond companies. The company you choose will depend on the area you live in, the type of crime you are accused of, and your financial situation.

The speed of bail is one of the most important factors when choosing a bail bonds company. Most bail bond companies can post bail within hours. This means that you will not have to wait long to be released from jail. However, there are some companies out there that have no idea what they are doing.

If you choose a less-than-stellar bail bonds company, you could be stuck in jail for days or even weeks. This happens when an event messes up your paperwork and doesn’t enter the correct information.

However, we will never fudge your paperwork up in this way because we are experts when it comes to every bail bond detail. Therefore, if you are facing criminal charges, contact ASAP Bail Bonds today. We will help you leave that cell behind and get back home to your family fast! 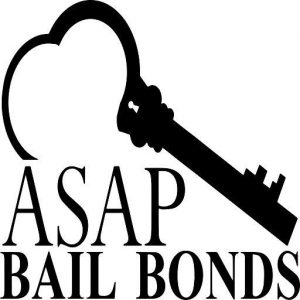 Our speedy bail bonds League City, TX services are the key to your quick release from jail!

When you are facing charges and have been taken into custody, the last thing you want is to remain in jail any longer than necessary. That’s where our speedy bail bonds come in. Our bail bonds are designed to get you out of jail as quickly as possible so that you can return to your life and put this experience behind you.

We are a team of bail specialists who are compassionate and understand what you are going through. We will work with you to get you the best possible bail bond that fits your circumstances to a tee. We personalize our services for all our customers because we genuinely care about the residents of the area.

Instead of getting your money and forgetting about you as they do at other bail bond companies, we will stay in touch with you and make sure that you are being taken care of. We want to ensure that you have the best possible chance at a successful outcome in your case.

This means we will keep you up to date on all the important dates surrounding your case so you can put this chapter of your life behind you. Call us today to have a bail bond agency in your corner that has your back. Plus, it doesn’t hurt that our speedy bail bonds League City, TX services can get you out of jail faster than any company around!

No agency in Texas can out-bail bond us! Check out our speedy bail bonds service today!

When you or a loved one is facing jail time, posting bail can seem like an impossible task. But with the help of a bail bond, you can secure their release until their day in court. Bail bonds are a type of bond that is posted in order to secure the release of a defendant from jail. The bail bond is posted by a bail bondsman, who is typically hired by the defendant’s family or friends.

Bail bonds are a useful tool for defendants who are unable to post bail on their own. Bail bondsmen provide a valuable service to the community by helping defendants to secure their release from jail and get back to helping out the local economy. To learn even more about bail bonds, call us today!

Your Family Needs You! 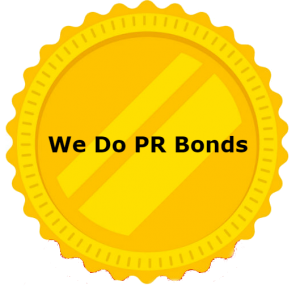 Check your PR bail bond eligibility today! Our speedy bail bonds will help get you out in no time.

The thought of spending even a night in jail can be terrifying, especially if you have a family at home who depend on you. But what if you could get out of jail quickly and easily without having to worry about the financial burden?

At ASAP Bail Bonds, we understand that being in jail is stressful not only for the person behind bars but for their loved ones as well. That’s why we offer speedy bail bonds that are highly effective in getting you out of jail and back to your family as soon as possible.

No Matter What Charge You’re Facing, We Can Help You Get Out

Whether you’re facing a minor charge or a major one, we can help you get out on bail and back on track. Our services are there for anyone facing hard time, no matter the severity of the crime. If you have received bail, then we will be there to free you!

We never judge anyone’s situation here at ASAP Bail Bonds. We know that things happen, and everyone makes mistakes. Whether you need a cash bail bond, PR bail bond, surety services, or any other bail bond service we offer, call our Galveston County office! We can’t wait to help you out of that cell quickly with one of our speedy bail bonds League City, TX!