When you are in need of a bail out of jail but are unable to pay it yourself, then a Rosenberg, TX local bail bondsman near me might be the solution to your problems. For a service fee, these experienced men and women can get you out of jail fast. Bail bondsmen typically have a good working relationship with the court system and police department, which is important because it allows bail bondsmen to quickly post bail for their clients.

No matter what kind of bond you need, ASAP Bail Bonds is here for you.

At ASAP Bail Bonds, we believe that everyone deserves another chance. We understand how stressful and difficult it can be to deal with the legal system. That’s why we offer affordable bail bond services to help our clients escape the clutches of jail and get their lives back on track.

Our office is open 24 hours a day, seven days a week to help you. Our team of experienced and knowledgeable bail bondsmen can answer any questions you have about bail and will guide you through the entire process, from start to finish. Plus, we offer flexible payment options to make our services accessible to everyone.

So if you or someone in your life needs a bail bond, don’t hesitate to contact ASAP Bail Bonds. We’re here to help you get through this tough time, and we’ll make sure you get the second chance you deserve. Call us today at our Fort Bend office or fill out our online forms.

What Can a Rosenberg, TX Local Bail Bondsman Near Me Do?

If you are arrested and charged with a crime, you may need to post bail in order to be released from jail while awaiting trial. Bail is typically set by a judge during your initial court appearance and is based on the severity of the offense, your criminal history, and your ties to the community. If you are unable to post your bail, you will remain in jail until your trial.

Bail is used as a sort of insurance to ensure that you will appear for your scheduled hearings after being let out of jail. You, or whoever else posted your bail, will typically get the money refunded back once you show up to court. If you cannot post bail, you may contact a bail bondsman.

A Rosenberg, TX local bail bondsman near me can help bust you out of jail.

Also known as a bail bond agent, a bail bondsman is someone who posts bail on behalf of a defendant. Bail bonds are a type of surety bond. Bail bondsmen typically charge a non-refundable fee of 10% of the total bail amount. For example, if your bail amount is set at $10,000, the bail bondsman will charge you $1,000.

For this reason, if you choose to go through a bail bondsman, you will usually end up paying more to get out of jail than you would if you posted bail yourself. After all, you will not get the service fee you paid to the bail bondsman back. However, a bail bondsman can be great option because you can pay off the amount with payment plans that fit your budget.

How Do I Choose the Right Bail Bondsman?

Many, many bail bondsmen operate in the Greater Houston Area location. With all the great options available to you, how do you know which one is the best choice?

There are some strategies you can follow in order to narrow down your choices. But above all else, you should trust your gut. If you reach out to a bail bond agency or bail bondsmen and you get a bad feeling about them, listen to your instincts. Being in jail is stressful enough; you shouldn’t work with any Rosenberg, TX local bail bondsman near me you aren’t comfortable with.

A Bail Bond Agency That Listens to You 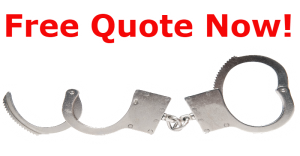 Call us today for a free quote.

If you are looking for bail bondsmen that are reliable, trustworthy, and have a proven track record, then come to ASAP Bail Bonds. We have been in business for many years, and our agents have helped thousands of clients get out of jail. We are available 24/7 to help you with your bail bond needs. We also offer payment plans so you can make your payments over time.

ASAP Bail Bonds’ bail bondsmen are prepared to face the Fort Bend County court system and get you safely out of jail. Contact us today at our Fort Bend County office to learn more about our bail bond services. Soon, a Rosenberg, TX local bail bondsman near me will be there to help you.