If you are searching for Pearland TX Payment Plan Bail Bonds, ASAP Bail Bonds can be the team for you. We offer fast services to get people out of jail and back to their lives as soon as possible. After all, nobody wants to stay in a jail cell longer than they have to.

With our Pearland TX Payment Plan Bail Bonds, people can be back home quickly. We work in Pearland, TX, and surrounding areas. Moreover, when we take on a case, we treat it as if it were the only case in our hands. We are able to help with different types of cases, including:

As a professional bail bonds company, it’s our responsibility to inform the defendant of their options. For example, there are three ways to post bail.

Usually, defendants post bail through a bail bond agent, using a bail bond for pre-trial release, especially for severe offenses which usually have higher bail requirements. When defendants face really high bail costs, they can get a bail bond agent to post bail for them. In return, the defendant must pay a fee. The fee is a percentage of the full amount.

After posting bail, the defendant still has to show up to their court hearings. The incentive for showing up to all court dates is getting the money paid for bail returned to the bail bond company. So if any court dates are missed, the money is not returned, instead being kept by the court. For this reason, bail bond companies try to make sure the defendants abide by the rules and actually show up to the court hearing.

The cost for bail will vary case by case, and there are many different factors that can either raise or lower the costs. The severity of the case will definitely play a part in pricing, as well as factors like:

In some extreme cases, defendants will have to face jail time while they wait for trial without a chance for bail. This is usually the case for serious charges, like murder and other capital felonies. On the other end of the spectrum, you have personal recognizance releases. PR releases actually require no money and grant the defendant pre-trial release without having to post bail. The flip side is that conditions for the pre-trial release can be stricter than in other situations.

For defendants that feel the bail price is too high, there are ways to try and reduce bail. One way is requesting a bail hearing. To do this, the defendant must file a motion. The motion must outline why the court should lower bail. The defense and prosecution teams battle back and forth during the hearing against and for reducing bail. 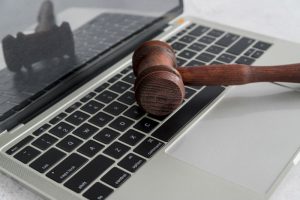 Get the help you need to bail out of jail with ASAP Bail Bonds.

How Covid-19 Has Impacted Bail

During the spread of COVID-19, bail has also been impacted. During the pandemic, some courts have been more willing to let defendants out on lower bail or personal recognizance. The exemplary actions have been focused on:

If the defendant fails to show to their scheduled court appearance, they will forfeit the bond. Even more, the court can and probably will issue a bench warrant for arrest. So not only does the defendant face more jail time, but they will also lose the money posted for pre-trial release, even after the case ends.

While missing court dates sometimes happens, you should plan ahead to avoid this from happening. You can save yourself a lot of time and money by simply complying with the rules set by the courts. If you need to, you can talk to your bail bondsman for the details of your case and what you can do to make sure everything goes smoothly.

ASAP Bail Bonds has the team to make this entire process much easier for everyone involved. Going through this entire process on your own can be harder than you think, so contact us at your earliest convenience to learn about the many ways we can help. Obviously, nobody wants to spend any time behind bars or see someone they care for face time in a jail cell, but it happens.

To reduce the amount of jail time you or your loved one has to experience, hire a team of bail bond experts with the experience necessary to walk you out of jail as soon as possible. Knowing that there are experts ready to help can help you stay relaxed and calm while waiting for your trial hearing.

When inside a jail cell, the only thing to look forward to is getting out. With the right team to help, you can definitely get back to your regular routine instead of being inside a cold and dark cell.

Getting superior service during times like these makes all the difference in the world, and we work tirelessly to make that a consistent part of our company’s work. So each time you find yourself searching for Pearland TX Payment Plan Bail Bonds, don’t hesitate to get in touch with us here at ASAP Bail Bonds.