A Local Bail Bondsman Can Have You Out Quick | Hitchcock, TX

There are many reasons to call a Hitchcock, TX bondsman when you need to get out of the slammer. If you have been arrested and are sitting in jail, the last thing you want is to wait for hours or even days for someone to come and bail you out. You want to get out of there as soon as possible, and a local bail bondsman can help you do just that.

If you find yourself in this situation, it is important to call a bail bondsman like the ones at ASAP Bail Bonds! We are a Houston-based company that has roots in Galveston County as well! We can help get you out of jail as quickly and easily as possible from any Galveston area jail.

As soon as you call our Galveston County office, our bail experts will jump straight on your case. We have a network of bail agents scattered around the Galveston area and know exactly how to navigate the local jail system. Our professionals push the paperwork through faster than NASCAR drivers on the final lap!

They work with a sense of urgency because they want to get you out of there and on your way to a clean slate. So if you find yourself in a bind and need to get bailed out as soon as possible, don’t hesitate to reach out to ASAP Bail Bonds!

Expert Bail Hitchcock, TX Bondsman Can Have You Out In No Time!

Our service area extends from island communities like Hitchcock all the way to downtown Houston! Call an expert Hitchcock, TX bondsman today!

ASAP Bail Bonds is hands down the fastest bail bonds agency in the Galveston area! The reason we are so speedy is because of our company’s roots. Our company was established in 2006 in the 4th most populous city in the nation. During the early and mid-2000s, jails were flooded with inmates, and there was a dire need for quality bail services.

We took that challenge ad met it tenfold by jumping into the industry guns blazing. We learned all the rules and regulations specific to the complex Houston jail system, which taught us a great deal. Furthermore, we worked closely with officials at Harris County Jail, and this taught us the most.

Fast forward to today, and we don’t just serve Houston proper anymore but all of the greater Houston, Galveston, Wharton, and beyond! We have become well accustomed to the jails of the Galveston area no matter if we’re talking about Galveston County jail or the smaller city jails on the island.

Why Is ASAP Bail Bonds The Best Choice For You? 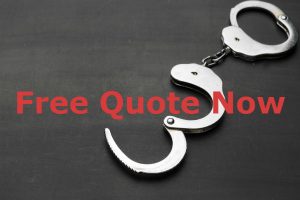 A free quote will give you a great idea of how much you’ll pay.

There is no other bail bonds company in the Galveston area that works with a sense of urgency as we do. Here are just a few reasons why ASAP Bail Bonds is the best option for those in the Hitchcock area:

These are just a few reasons why our company is regarded as the best agency in town. When you reach out to us over the phone, we will go even more in-depth on why you should trust us with your pressing situation. You can also check out the online forms above. These forms will prepare you for the process so you know what questions to ask a Hitchcock, TX bondsman when you call.

A Few Services We Offer

Our experts have a deep understanding of bail bond regulations.

When it comes to getting out of jail quickly, our PR bail bonds can work wonders for you! A personal recognizance bail bond is a type of bail bond that does not require any money to be posted as collateral. The court simply requires the defendant to sign an agreement promising to appear for all future court dates.

These bonds are typically only available to defendants with strong ties to the community, no criminal history, and a low risk of flight. However, if you do qualify for one, you could be out in a matter of hours or even minutes! Give our office a call to check your eligibility today.

Another type of fast-acting service we offer is a cash bail bond. These types of bail bonds are great for anyone that is given a set cash bail amount. You could pay this amount in full and be done with the process completely.

However, sometimes the cash bail amount is set so high that this option is virtually impossible. When you can’t pay this amount in full, call us and our bail agents will cover this amount without delay!

Furthermore, if you are in federal custody, the only way out of federal jail before your court date is a federal bail bond. We have experts specializing in the complex federal jail system, so reach out to us if you need one of these complicated bail services.

No matter what type of bail bond you need be sure to call our Galveston office today! Also, you can check out our bail bonds blog above if you want a deeper dive into some of our services. Above all, an expert Hitchcock, TX bondsman at ASAP Bail Bonds looks forward to helping you out of whatever situation you’ve found yourself in!