Affordable Bail Bonds to Get Your Freedom – Harris County

No matter the day or the time, in Harris County affordable bail bonds are within the reach of hand. ASAP Bail Bonds is a company that works hard to ensure that everybody feels protected, with a chance to fight back for their freedom. An arrest is a difficult situation that can happen at any moment. Most people are not prepared for this and don’t know what to do in these situations, which can lead to spending time in jail when you don’t actually need to.

ASAP Bail Bonds is your best option if you’re looking for a company that cares about you and your freedom. Our highly-competent bail bondsmen know the judicial process from bottom to top, so we can look for the best options for you as we work together to bail you out of jail. We also understand the importance of being there, as an arrest can happen at any moment. That’s the reason our company works 24 hours!

Offering affordable and trustworthy services to everybody is our main goal. Our numerous services and trustworthy bond agents are proof of that. Let’s take a look at all our services in Houston! We’re ready to offer the best we got.

Our Affordable Bail Bonds Company is ready to help you 24/7!

Take a Look at Our Affordable Bail Bonds Services

It’s important to know that each case is different. The judicial system is a complex world with many paths that most people don’t know. As a premier bail bond company, we recognize that each case deserves the most specific and dedicated attention to figure out which service is the best for you. Either way, it’s great to know ASAP Bail Bonds provides numerous services, so we can bail you out of jail as fast as possible.

At the same time, our top priority is to make you understand the process from bottom to top. Our trusted team will talk to you and your relatives, analyzing your case and deciding together what option is best. As a top company, you can rest assured knowing that ASAP Bail Bonds works 24 hours a day 7 days a week. We won’t let you alone in the complex process.

The most popular option when bail comes into play is paying with cash. But there’s one problem: lots of times the cash bond set is more than the amount of money we have in our hands. This is a complex situation for everybody. After all, without a bail you can easily spend months in jail while you wait for your court! In these cases the best option is to call ASAP Bail Bonds and get a cash bail bond quickly and easily. 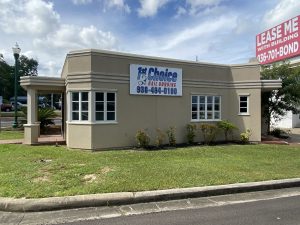 We’re an affordable Bail Bonds Company with many services just for you!

Maybe you have a minimal flight risk? In this case, personal bail bonds are a good option for you, especially in Harris County Tx. These kinds of bonds allow you to make an agreement with the court as you follow all the instructions they set. Most of the time these requests are common-sense tasks such as avoiding breaking the law and coming to the court appearances without any absence. Each case is very particular, as the court takes in consideration all the factors that can affect the case.

An arrest can happen anywhere, even out of state. Being out of Texas and getting arrested while still needing a bail is a complex process. In ASAP Bail Bonds we know this and that’s the reason we offer transfer bail bonds for anyone who requires them. This way, we can transfer the bond to your state. It can be a long and tiring process, but as a premier company we have the most competent bail bondsman to ensure you get out of jail as soon as possible.

Our bonding company has as a top priority giving you as many options as possible, no matter your case. Sometimes federal charges can happen. Federal charges can be more complex as we’re talking not only about state laws but federal laws, which means the United States government is involved in the process. Federal bail bonds are needed in most of these cases, but they can be tricky and expensive. Good to know that ASAP Bail Bonds is a professional company with a complete understanding of federal bail bonds. Federal bail bonds being more complex and expensive is not a problem for us. Our goal is to bail you out of jail, and we’ll work diligently to ensure that.

Our affordable Bail Bonds is ready to bail you out of jail! Don’t hesitate and call us!

An Affordable Bail Bonds Company is Waiting For You!

After being arrested, a person would be taken to the police station for booking. And then, after a court hearing process, a court appearance date and a bail amount would be set. Sometimes this bail amount excess our expectations and it’s not available, but still— Nobody wants to lose their precious time waiting in jail for a court hearing!

In these cases, it is good to know that there’s an affordable bail bonds company in Harris County that is ready to help you. The best you can do is call us immediately. Our company is ready to answer your calls 24 hours a day 7 days a week.

In ASAP Bail Bonds we have the most competent bond agents who will analyze your case and get the best solution for you. Don’t waste your time and come back to the streets, where you belong. An affordable bail bonds company that cares about you is here— It’s ASAP Bail Bonds!