Our services have helped Texans get out of jail faster. We are the Gilchrist, TX bondsman you can trust.

Looking for a Gilchrist, TX bondsman that can get you out of jail fast? ASAP Bail Bonds is here to help. We are a bail bond company that helps people all over Houston and its surrounding area with their legal issues.

We can help you get you and your loved one out of the jail in no time. We offer a 24/7 call service so that no matter what time of day or night of your arrest, you can get the bail bond service you need.

A Gilchrist, TX bondsman can do much for you at your lowest point. If the worst does occur and you are taken into custody, an expert bondsman can help get you out in no time. Your trial can take anywhere from a month to six months to begin; the last thing you’ll want is to remain in jail longer than you absolutely have to.

Getting arrested and stuck in jail is no picnic. Even small amounts of jail time can lead to an increased risk of depression and mental illness, as well as physical illnesses. In such crowded confines both your mental and physical powers can diminish, and contagion can easily spread.

So protect yourself by calling ASAP Bail Bonds, your trusted Texan bondsman. We work hard and fast to post bail for you and get you out. We serve our local communities all over Houston, including communities in Fort Bend, Harris, Brazoria, and Galveston County. You can count on us to act as your trusted bail bondsman in the securing of your release.

Discover An Extraordinary Gilchrist, TX Bondsman You Can Trust

Bail bonds are payments that ensure the defendant will return to court on set dates. The bail amount is set during a court hearing, as well as the court date in question. If the defendant cannot pay the bail, they must remain in jail until their court date. This, again, could range anywhere from thirty days to six months.

Bail bonds are meant to incentivize the defendant not to run and avoid the court date. After the trial, the bail post is returned to whoever posted it after a month or so.

ASAP Bail Bonds is here to get you out fast. Once you or your loved one has contacted us, we can begin the process of posting bail. First, however, we must have the following information: 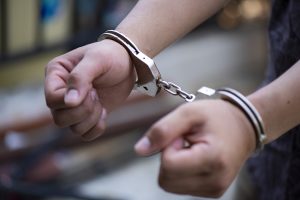 Bail bonds are available to you, even out of state. Contact a high-quality bail bondsman today!

There are lot of companies out there purporting to do the same as us: Offer incredible bail bond services that will allow you to be released from custody. But not all bondsmen are alike in honesty. There are many agencies that offer different types of bail bonds, with their own terms and conditions. This begs the question: How do you know if a bail bondsman is of quality?

With an expert bail bonds agent, you can get yourself released quickly. Most people do not have the immediate funds available to secure their release, and the bail amount can be steep indeed. Therefore, contact ASAP Bail Bonds today to secure your release pronto.

Beware of Not Attending Your Court Dates

It can be tempting, in desperate moments, to miss out on your court date and make a run for it. However, that will only lead to even more trouble for you. When you fail to appear in court, this is called bail jumping.

If you bail jump, you will sent back to jail, with a judge placing a bench warrant for your arrest. Moreover, the bail bond agency can hire a bounty hunter to track you down and have you arrested again.

So it behooves you to make sure you’re at court on your assigned dates. If you’ve been issued a PR bail bonds, this is even more imperative, as those are the conditions for your release. For more information about the importance of showing up at court, contact us today.

Our agents are bail bond experts of the highest order.

ASAP Bail Bonds Is the Bail Bondsman You Can Rely On

Everyone makes mistakes, and more often than you think, you can even be in the wrong place at the wrong time. When the worst occurs, it’s crucial that you not spend one more minute in jail than you absolutely have to. No matter the nature of your crime, ASAP Bail Bonds is here for you. We can help secure your release so that you can focus on what matters: Preparing for your day in court with your lawyer.

With our bail bonds company on the case, you can experience the fresh scent of freedom once more. We can handle even the thorniest and most complex of bail bonds, from personal bail bonds to federal bail bonds. Unlike other bail bond companies, we are highly knowledgeable of and experts on a whole range of bail bonds. No matter where you’ve been arrested or the nature of your case, we can post bail for you in no time.

So don’t waste any more time. Call ASAP Bail Bonds today and get the help you need. Our bonds agents are available 24/7 through our call center so that they can get started on securing your release. We hope you can trust us as your Gilchrist, TX bondsman of choice.