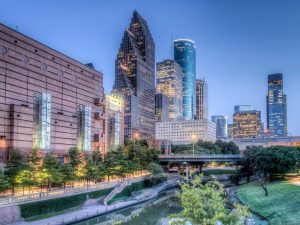 You won’t find a better team of bondsmen in the greater Houston area.

ASAP Bail Bonds provides Fort Bend County professional bail bonds to those in need of bail bond assistance. We are one of the most experienced bail bond companies in Texas. When you need an affordable bail bond to get yourself or your family member released from jail in Fort Bend County, we can help.

With ASAP, freedom is just a phone call away. We’ll get you out of jail fast now and let you worry about the money later. Our affordable payment plans have helped clients in Sugar Land, Missouri City, and many other Fort Bent cities.

If you were arrested in or near Houston, TX, ASAP can help. When you leave jail, you enter an agreement with the court. We can help you make sure that you don’t unknowingly violate the terms of that agreement.

Criminal charges are scary. Please don’t face our complicated legal system alone. Let ASAP help you understand your options, get out of jail, and adhere to the terms of your release. Our experienced bond agents will make it easy to understand all of the legal jargon and complicated court dates.

When you need assistance posting your bail or navigating the bail bond process, call the experts at ASAP Bail Bonds.

Life doesn’t stop when you get arrested. You can’t take care of responsibilities such as work, family, or school from inside a jail cell. ASAP wants to help you get out of jail and get back to your life as quickly as possible.

No one should have to stay in jail simply because they can’t afford their bail. Furthermore, the process of posting bail is often tedious and complicated. ASAP wants to help. Our knowledgeable bond agents know how to get you out as quickly as possible.

Moreover, ASAP makes its services affordable. Clients can get the help they need now and worry about the money later with our flexible payment plans. There’s no substitute for an experienced professional. Contact ASAP for Fort Bend County professional bail bonds today.

What’s Bail? Is It Different From A Bail Bond?

Though the words ‘bail’ and ‘bond’ often appear together, they’re actually two different things. ‘Bail’ is the amount of money the court requires the defendant to pay before leaving jail. When the court brings criminal charges against a defendant, the judge or another representative of the court also sets a bail amount.

When criminal defendants leave jail between their initial arrest and their trial, they make a promise to the court. The defendant promises to attend all of their scheduled court dates and adhere to any other conditions set forth by the court.

Bail exists to ‘back-up’ that promise. The bail is the amount of money the court decides it needs to let the defendant await trial outside of jail. When defendants can’t or don’t post bail they will most likely remain in jail until trial. Sometimes, trials don’t happen until months after an arrest.

The bail money itself is called a ‘bail bond.’ In financial contexts, a bond signals a relationship of indebtedness between two parties. The defendant must keep their promise.

So long as they do, the money in the bail bond doesn’t actually belong to the court. The court is merely holding it as collateral to ensure that the defendant adheres to the conditions of their release.

How Do Judges Decide On Bail?

Essentially, the riskier the court decides a release is, the higher the bail amount. Judges will deny bail altogether to defendants deemed too dangerous to the public or too likely to flee the jurisdiction.

An ASAP bail bondsman can help you understand how judges set bail.

However, for most people, the court does set a bail amount. Judges use a number of factors to determine bail amounts. Firstly, the severity of the alleged crime plays a big role. For example, defendants charged with felonies typically have higher bail amounts than those charged with Class C Misdemeanors.

A defendant’s criminal history also plays a large role in determining bail. First offenders or defendants with a history of successfully attending court dates are more likely to have low bail amounts. Those with multiple prior criminal convictions will likely have higher bails.

Furthermore, a defendant’s ties to the local community, such as work, family, and community involvement, can play a large role in determining bail amounts.

Sometimes, judges will even grant defendants with exceptional community ties and no criminal record a recognizance release or a personal bond.

Instead, the collateral is the defendant themselves. They sign a personal bond and, if they violate the agreement, they will be subject to further criminal and possibly civil charges.