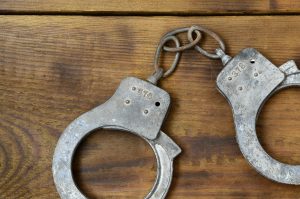 Stop searching for Channelview TX Bondsman and give us a call today!

If you are searching for a Channelview TX bondsman, then you are in the right place. ASAP Bail Bonds is the agency that works to get you out of jail ASAP! We understand that this can be a very difficult time and want to support you the best way that we can. Our agents are available 24/7 year-round to ensure that you receive the assistance that you need. Contact us today to learn more.

Bail is a term that means the release of a criminal defendant or arrestee following their arrest before the end of the case. It typically involves the defendant or someone paying on their behalf. This money is supposed to guarantee that the defendant returns to court for the duration of their case. Therefore, it is important to know that bail is not a form of punishment. However, it is a way to make sure that criminal defendants return to court without having to be in custody.

Bail plays a significant role in the criminal justice process. It is meant to limit the amount of jail space needed and ensures that people will return to court. Additionally, individuals can be released on bail at almost any stage of the arrest process.

In reality, any time an individual is arrested, there will be three possible outcomes, which include the following:

What Happens if I’m Arrested

When law enforcement arrest people, they physically them into custody. People under arrest are usually taken by the police into custody. They are then placed into a law enforcement vehicle and then transferred to jail or criminal processing facility for booking. Depending on the severity of the crime, police will release defendants without filing charges. However, if charges are filed, the arrestee will have to remain in police custody until after the judgment or until the case is resolved.

ASAP Bail Bonds will provide legal help and support whenever you find yourself in trouble.

This part of the process follows your arrest. During this step, police will collect data from the arrestee that directly identifies them. You can expect offers to carry out the following after an arrest:

The jurisdiction or state makes the determination on which three options best suit your case. In reality, arrests for low-level offenses, such as public intoxication, will most likely result in their release with a written statement to appear in court. On the other hand, more serious crimes, such as aggravated assault, will result in the defendant remaining in custody until the court holds a bail hearing.

What are Bail Schedules?

Bail schedules involve a list of bail amounts that apply to different crimes in any jurisdiction. For instance, a state’s bail schedule may set bail for public intoxication at $500-$1,000. While robbery will be most likely be set at $5,000.

Furthermore, state laws determine what bail amounts are appropriate for what crime. They also decide whether or not defendants are allowed to post bail after booking or if they must wait for the bail hearing. The state also permits the court a lot of say on whether to increase or decrease bail when the court sees it fits. However, federal courts do not have bail schedules,  and bail amounts are completely up to the court.

How Does Bail Hearing Work?

Typically when a court holds a bail hearing, it determines how much bail applies to a specific case. Therefore, courts do not always have to allow bail and can deny it if it is allowed by state law. When the court determines bail amounts or whether to deny, it depends on several factors, but here are a few:

When you need a personal bond, give ASAP Bail Bonds a call to see if you qualify for one!

ASAP Bail Bonds prides ourselves in providing the best level of service for all of our clients. We understand that this may be a challenging time in your life, but we want you to that we have your back every step of the way. Stop searching for Channelview TX Bondsman and give us a call at (713) 225-2727 to learn more about all we have to offer!