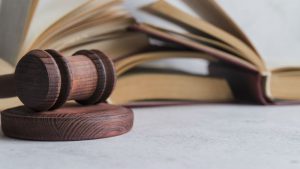 Showing up to court is one of the most important responsibilities a person has upon release from prison. If you have recently been released on bond, this responsibility is even more crucial. Failure to show up in court can result in fines, warrants of arrest, and bail bond forfeiture.

A Word about the Bail Bond Process

If you find yourself in prison, you will likely seek a bail bond so that you will be released until your court trial. A bail bond is given by an agency that secures the entire bail money for you.

Typically those who request bail bonds have to go through a pre-qualification process and pay around 10% of the bail amount. The agency secures the rest.

However, arrests often occur unexpectedly. Therefore, this solution is preferable to remaining in prison until the trial.

Understandably, when you fail to follow court guidelines, you forfeit your right to remain out of prison until your trial. Putting yourself in this position lowers the ease with which you can receive a bond. Additionally, it also puts the bail bond agency in a very awkward place.

Bail bond agencies work with the courts to gain your freedom, with the guarantee that you will follow all the rules. When a defendant violates these rules, bail bond agencies often take the bulk of the heat and lose their good reputation.

In addition, the defendant will typically be charged with failure-to-appear, which means facing severe fines and penalties. Past cases have revealed that the families of defendants often cannot bear the weight of the fees. Therefore, they lose their houses, cars, or other aspects of their livelihoods in many instances.

You can avoid bail bond forfeiture by the simple act of showing up in court. Don’t risk your family’s welfare, or your future, by failing to show up or violating a judge’s order.

For more information about the services, locations, and ASAP Bail Bonds, visit our website! You can also speak with a friendly bail bond agent to learn more about the bail bond process by calling (713) 225-2727.