Everybody’s worst nightmare is to get arrested and charged with a crime. When such a misfortune occurs, it’s hard to know where to turn to or whom to trust. ASAP Bail Bonds believes that no matter who you are or what kind of crime you are being charged with, everyone deserves the chance to defend themselves. Everyone deserves not to spend more time in jail than they absolutely have to.

We operate a 24 hours a day, 7 days a week call service. We also have plenty of offices in Harris County, Brazoria County, and Fort Bend and offer assistance to all their local county jails and facilities. We work tirelessly to ensure you get a bond regardless of the amount.

Trust our team to walk you through the bail bond process.

When someone gets arrested and charged with a crime, they are taken to the police station for booking. The court then holds a hearing to set a court date and bail amount. If the defendant cannot pay the bail, then they must remain in jail until their court date. After that, the trial begins, and the court determines guilt or innocence.

Even if you’re found not guilty, you will not be compensated for your time in jail. The trial date could be set anywhere from a month to six months. You don’t want to be in a position where you have to wait out that time in jail.

Hiring a bond company to post the bail for you is the logical next step if you cannot pay your bond. Bail bonds are payments to ensure that the defendant will return to court on the set dates.

Fortunately, ASAP Bail Bonds has the experience and expertise for all types of bail bonds. Simply tell us which jail are you in, if it’s a county or city jail, your booking number, what the charge is, and finally, the amount of bail. You will also need to provide your full legal name and date of birth. We are the Friendswood, TX local bail bondsman you can trust in your county area.

ASAP Bail Bonds provides cash, surety, personal, transfer, and federal bail bond services to all our clients. Depending on your situation or location, you could have been granted any of these bonds. ASAP Bail Bonds knows how to handle any and all types of bonds and can set you free shortly.

We understand that not everyone knows what they need to know regarding bail bonds or the justice system. The courts do not always clarify things, and in fact, may obfuscate further. ASAP Bail Bonds is committed to giving you the information you need to understand bail bonds and know what you’re getting into. 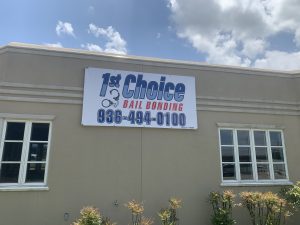 The most common method of payment is still cash. A cash bond, however, may be set at a higher amount than you can pay for it. If you don’t have ready money at the moment, call us and we can post bail for you.

If, however, the judge has deemed you are a minimal flight risk, then you could be granted a personal bond. This is also known as an own recognizance. A personal bond is an agreement between you and the court that you will honor all court dates and conditions. The most common conditions are avoiding breaking the law, abstaining from alcohol, taking regular drug tests, or going to rehab.

No matter the conditions, so long as you show up at court on set dates and honor the conditions, you will no longer have to pay bail and you’ll be released from jail. However, if you don’t follow any of the stipulations the court set up, then you will have to pay the bail amount and you will face additional jail time.

ASAP Bail Bonds can help you easily bail out of jail 77469 today!

Transfer and federal bonds are the only bonds that take your location into consideration. A transfer bond is issued if you are arrested out-of-state and need a friend or family member to bail you out.

Transfer bonds take much longer to process than in-state bonds and the fees are extensive. Moreover, bail bond companies outside of your state won’t be financially responsible for your bond. As your home-state bail bond company, ASAP Bail Bonds would be responsible. We can arrange a bailout from Houston to any state in the country.

Federal bail bonds can be much more complicated. For one thing, they tend to be set at a higher rate than standard bail bonds, and usually, a court hearing is conducted just before bail is officially set. This hearing ensures that the money or property used to pay the bond was obtained through legal means. Once you’re able to prove that the money is indeed legitimate, bail is set, and you can then call a bail bond company.

Only a federal judge can issue a federal bond. Because of their complexity, it is crucial you hire a bail bond company familiar with federal bonds. ASAP Bail Bonds has plenty of experience handling federal bonds and can post them quickly.

We have a 24/7 call service, so don’t hesitate to call us today! ASAP Bail Bonds is the Friendswood, TX local bail bondsman you need to get you out of jail fast.