Set Yourself Free With A Bail Bonds Company Now | 77515

Come to a bail bonds 77515 company like ASAP Bail Bonds if you need help paying your bail.

A bail bonds 77515 company can ensure that you can be released from jail almost as quickly as you got in. Getting arrested is one of the worst experiences a person can go through. Fortunately, if the judge has issued you a bail bonds, you can post bail and return to your home in no time at all. That said, bail can be set at tremendously high amounts, more than you are carrying on your person.

And if you can’t pay the bail or have someone pay it for you, then you run the risk of having to stay in jail until your court date. This can range anywhere from a month to six months. With a bail bonds 77515 company like ASAP Bail Bonds, however, you won’t have to stay one minute longer in jail than you absolutely have to.

ASAP Bail Bonds has many years of experience in the bail bonds industry, posting bail for our clients and providing immediate assistance to local jails. We have several office locations not only in Brazoria County, but also Harris, Fort Bend, and Galveston County as well. Our company serves communities all over the Houston area, so no matter where you are, we can help you out.

Our team is available on call 24/7, so no matter the time and day of your arrest, you can be sure you’ll be getting the bail bonds services you need. Contacting a bail bonds company like ASAP Bail Bonds is the first step toward securing your freedom, so don’t hesitate to call us today!

Trust ASAP Bail Bonds, A Bail Bonds 77515 Company You Can Rely On

Getting arrested can be a scary, harrowing experience. But because you have so little room and time to maneuver, the first thing to do is not to panic. Once you have received a court hearing date and a judge has set the bail amount, gather all relevant information and call or have someone call a bail bonds company to help you out. A bail bonds agency will typically request the following information:

Having this information at once will allow a bail bonds company to begin the bail bonds process right away. Once your trial has ended, the bail posting is then returned to whoever posted it after a month or so. If you don’t meet your court dates, however, the bail bond will be forfeited and the court will keep the money, property, or other assets used to pay for the bail bond.

It is important to note that even if you are found innocent at your trial, you will not be compensated for the days spent in jail. Thus, it behooves you to post bail as quickly as possible and secure your release from custody. A bail bonds agency can help you expedite the process; plus, you can benefit from the expert knowledge of bail bonds they have.

ASAP Bail Bonds is the bail bonds company you can trust. We are renowned for our fast and immediate service, with our 24/7 call center accepting calls around the clock. Unlike other bail bonds companies, we have experience with even the most complicated of bail bonds, including federal and transfer bail bonds. So take action today and call a bail bonds company that has your best interests at heart. 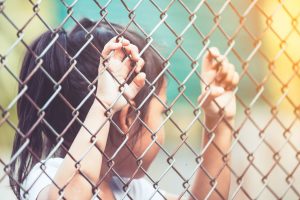 Your family deserves to have you home.

How To Discern A Quality Bail Bonds Company

The consequences of missing your court dates can be dire. In short, you stand to get arrested again, with a judge placing a bench warrant. A bail bonds agency can even hire private investigators to hunt you down and bring you in front of the judge. It is not recommended that you try to flee or play these types of games; otherwise, you will only be adding to your sentence.

Having a professional bail bonds agency could mean the difference between no jail time and more jail time. So contact ASAP Bail Bonds ASAP and we can help get you started on posting your bond.

A bail bonds agency like ASAP Bail Bonds can help you afford a bail bond.

Jail is not the most pleasant place to be, obvious. But even a short time in jail can lead to an increased risk of depression and anxiety, as well as negative effects on your mental and physical health. Diseases, too, spread much more rapidly in jail and in similar small quarters.

Not only that, but your social life will suffer too. You may be fired from work for lack of attendance, and your family could be left in financial freefall if you’re a key provider. Unable to obtain the means with which you can support yourself, you could stand to lose everything you have worked for if you’re not careful.

ASAP Bail Bonds is here to help. We can handle anything from the most straightforward cash bonds to complicated legal logical logistics like federal bail bonds. We use the most modern methods and strategies to ensure your release from prison.

With us, you will never need to worry about your being unable to post your bail. We are a bail bonds 77515 company that will treat you like family, so call today or visit us at our office location.